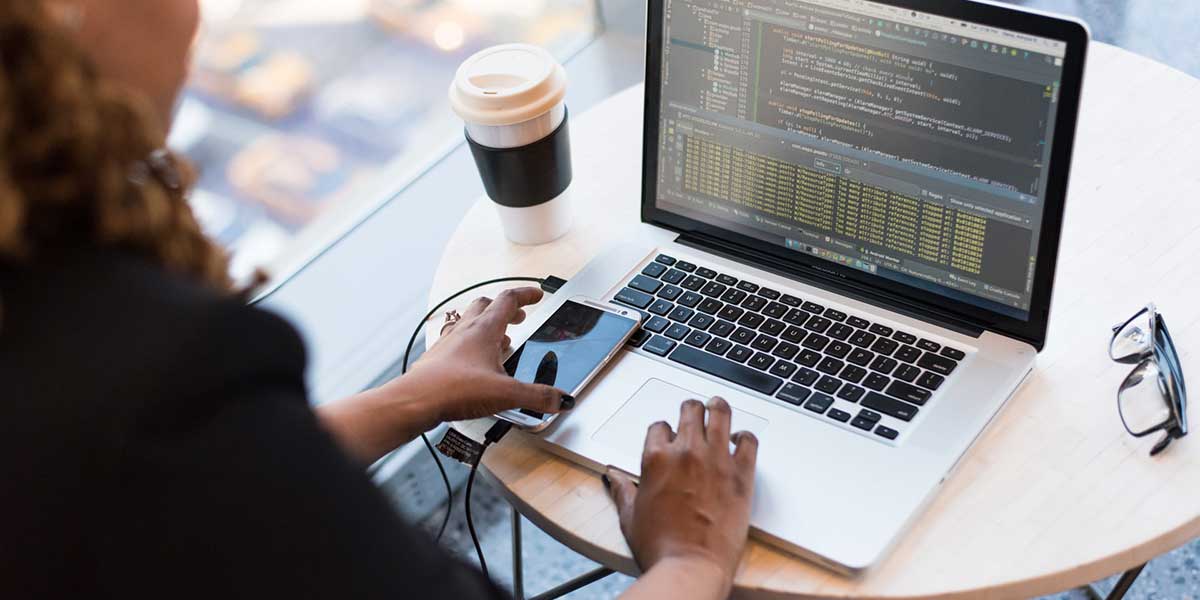 What Is the New and Trending in Android App Development?
Free Mobile App Builder for Android And iOS
What Is the Android SDK and How To Start Using It

Mobile application frameworks are a popular tool for developing apps. You can save maximum time because they are extremely easy to use. Their popularity is increasing due to the huge demand for mobile applications. This is because mobile users are more mobile-friendly than ever, and businesses are moving away from traditional trading methods to an advanced online way of doing business.

According to reports, the market for mobile app development is growing at a rapid rate of CARG 14%. It is expected to reach revenue of approximately $100 USD billion by 2022. These statistics clearly show the growing demand for mobile apps. To meet these needs innovative tools are needed that can produce mobile apps in a shorter time frame and with a budget-friendly price. These tools are called mobile application frameworks, and they will completely transform the mobile app development industry by 2022. This blog will focus on the 10 most popular frameworks for developing mobile apps that will be the dominant market by 2022. Let's get started.

What is an Application Framework?

Android applications framework allows app developers to create a product that meets their needs. The framework is the foundation of an app and can be further developed with animations, graphics, special features, and functionality. Frameworks make app development easier and allow for easy modification and fixing of bugs. It is important to differentiate between SDK (software developer kit) and frameworks. SDK includes software development tools and frameworks.

Many of the features shared by different best Android frameworks are common, but some have unique characteristics that make them more suitable for certain types of projects. You should consider the requirements of your project when choosing an application framework.

It can be difficult to find the right framework for your Android app. There are so many available. To sort the sheep and goats, we used the following criteria:

Cross-platform capabilities: Cross-platform frameworks allow developers to share the same codebase across all operating system platforms. This means that a single app can have the same user experience on every device. Any updates or fixes are automatically reflected on all devices. Even if your primary goal is to create an Android app, a framework that can accommodate multiple platforms will save you time and money. Popularity with developers: Developers want to be able to use frameworks that allow them to create with little delay. Developers want to be able to troubleshoot, fix and test bugs in the simplest and fastest possible ways. User interface: High-end app development requires the ability to modify framework elements in order to provide the best possible user experience.

React Native, a JavaScript-based framework for app development was launched by Facebook in 2018. The framework is highly sought after by app developers around the world. On average, 42% of app programmers use React Native for their app development. This is because the platform allows developers to create mobile apps with a native look for both Android devices and iOS.

This framework allows cross-platform app development with a single code. It is highly popular among both app developers and business owners, especially start-ups. It's cost-friendly, time-saving, and helps start-ups remain competitive in the market.

React Native's most important features include:

Flutter is Google’s UI toolkit. It allows you to create visually appealing, native-like apps for various operating systems and devices with a single codebase. The open-source mobile SDK uses widgets to create responsive mobile apps. This feature allows developers to quickly modify existing apps and create new ones. Skia is a 2D graphics engine that allows developers to create the native look and feel that clients desire.

Ionic is a mobile application framework that's free to use and open-source. It's based on Apache Cordova and Angular. Developers can create cross-platform mobile apps on three platforms, including Android, iOS, and Windows. Ionic mobile apps are feature-rich and robust, with seamless app performance. App programmers can use the Ionic framework to integrate UI elements such as list views, filters, and action sheets. This allows them to enhance their app design.

Ionic framework can be best utilized when the developers are having extensive experience in coding languages like HTML, JavaScript, or CSS and the business owner is looking to create interactive, high-in performance hybrid/cross-platform mobile applications and progressive web applications.

Some of the most important Ionic features are

Swiftic is an iOS-only app development platform. Swiftic's user-friendly interface makes it easy to navigate across the platform. The best part is that with Swiftic, you can get a 30-day money-back guarantee on every plan. You also get a 6-month success guarantee, which means that if you don’t see the results you desire, you get six months of free service.

Some of the most significant Swiftic features are

Corona SDK, A framework that is open-source and freely available for app development, which allows you to create mobile games apps, has been widely accepted. This framework is built on the Lua scripting language, which is lightweight and easy to use. It is also flexible enough to create game apps.

Corona SDK is a popular tool for creating cross-platform mobile games apps that can be used on various platforms such as iOS, Android, and Nook.

Here are some key features of Corona SDK

Some of the most important Appcelerator features are

Some of the most important features of Native Script are

PhoneGap, an open-source framework that allows mobile app development, is available. It is based on HTML5 and CSS3, which make it flexible enough to work with hardware components such as a camera, accelerometer, and GPS. PhoneGap is relatively easy to use and allows developers to create a single app that can access multiple devices.

PhoneGap's most important features include:

Mobile Angular UI combines HTML5, Bootstrap, and AngularJs. Those who have worked with AngularJS and Twitter Bootstrap can use Mobile Angular UI to develop apps. The mobile UI framework offers a variety of components for app development that is missing from Bootstrap. You can use overlays, sidebars, and scrollable areas as well as switches and sidebars. Mobile Angular UI uses fastclick.js, overthrow.js to develop modern mobile and web applications.

These are some of the key features of Mobile Angular UI.

PerfectionGeeks Technologies can help you with your mobile app upgrade or create a customized, sophisticated app that will outperform your competition.

To build your app, we have the most suitable iOS and Android app development services in Singapore for your project. To ensure your app runs flawlessly without any bugs or failures, we test and retest every step of the development process. Let PerfectionGeeks Technologies' app development team bring your vision to reality.