What Is the Metaverse, Exactly?

Metaverse explained: What is it, and when will it get here?

How To Mine Cryptocurrency On Your Android Mobile Phones?
Top 7 Decentralized Applications Using Blockchain Technology Revolutionising World
Superlative Blockchain ETFs And How Can You Invest In Backbone Of Crypto

Silicon Valley has a new trending buzzword: Ever Since Mark Zuckerberg announced earlier this year that the future of Facebook would reside in the metaverse people have been trying to figure out what a metaverse is. Then, when Facebook changed its name to Meta on October 1, metaverse fever took over the technology sector. From Microsoft to Nvidia, each company is now in the metaverse.

But what is the metaverse exactly? What is the significance and who has to be concerned about it? If the metaverse truly is "the next chapter of web technology," as Zuckerberg put it, it's essential to know and understand it in order not to be left in the dust in the event (or should) the metaverse's wave is caught.

The metaverse: What does it mean?

The metaverse, in its simplest form, is an embodied web that is a social space in which people can connect through the use of avatars with personalization that helps them feel more connected as opposed to a video chat. It's synchronous, making it more authentic to reality than feed-based media. Instead of checking in on the latest happenings of others too, you'll be able to meet them in real-time.

It's also long-lasting in the same way as the universe that surrounds us. If you visit an area of the metaverse it won't be necessary to begin by starting from scratch. Like real life, it's likely to include all sorts of things you could wish to share with your friends like going to shows and other occasions, playing games, meeting up, hanging out and yes, even shopping and work.

However, to be crystal certain, the metaverse actually does not exist as of yet. We do know that there are, however, we do have some precursors:

Virtual reality: VR is often mixed up with the metaverse, which is perfectly normal. The feeling of being embodied is more real when you're wearing a headset rather than an avatar you can use the gamepad or keyboard. However, while AR and VR and other types of spatial computing will be part of the metaverse it's just as crucial that the metaverse works across a variety of device categories. It's not something you can dip into and out of for 30 minutes at one time, but rather it's something you carry around throughout the day, whether using your smartphone and your VR headset and eventually your consumer-grade AR glasses.

Fortnite and Roblox: The two games are described as the earliest manifestations of the metaverse. And they certainly tick a lot of categories: Fortnite and Roblox are two social spheres, both with avatars and economies in the world as well as massive live events that have shown that they're more than gaming. However, they're both separate properties. The players can't bring their Fortnite character for a Microsoft Teams meeting, and it's difficult to find a company that isn't Roblox accepting Robux to pay.

There's one major reason we don't have a metaverse as of now:

Metaverses are a system of networks. It's not a single service, but rather a set of services that are loosely linked through the construction of dedicated roads to connect their offerings, and by users taking their own routes to travel from one place to the next. This is also the reason why the first avatar-based services, such as Secondary Life, are not the only metaverses. Like the mobile web isn't one app and all the apps that you can download on your phone could have made it without the existence of a variety of other apps and services the metaverse relies on a variety of interconnected services in order to be successful.

The metaverse is important to understand why

It's true that the frenzied rush to the realm of metaverse didn't begin with Zuckerberg becoming a fan of VR. It's actually caused by a variety of different factors. The adoption of avatar-based social gaming platforms in millions. The pandemic has forced us all to look for new methods of interaction in real-time and businesses like Apple, Amazon, Google, and Meta all are trying to determine the next big thing to come after the smartphone. As these developments unfold in real-time but a handful of crucial questions remain in the air.

Who will serve as the next gatekeepers?

The companies that manufacture VR and AR headsets AR as well as VR futuristic headsets are currently in a good position to profit financially from and enforce rules for the metaverse. One reason Meta is so keen on the metaverse as Zuckerberg has admitted to himself that Meta was not able to get mobile technology and is being required to follow the guidelines of Apple's and Google's app stores.

What is your opinion on privacy, security, and mental health? 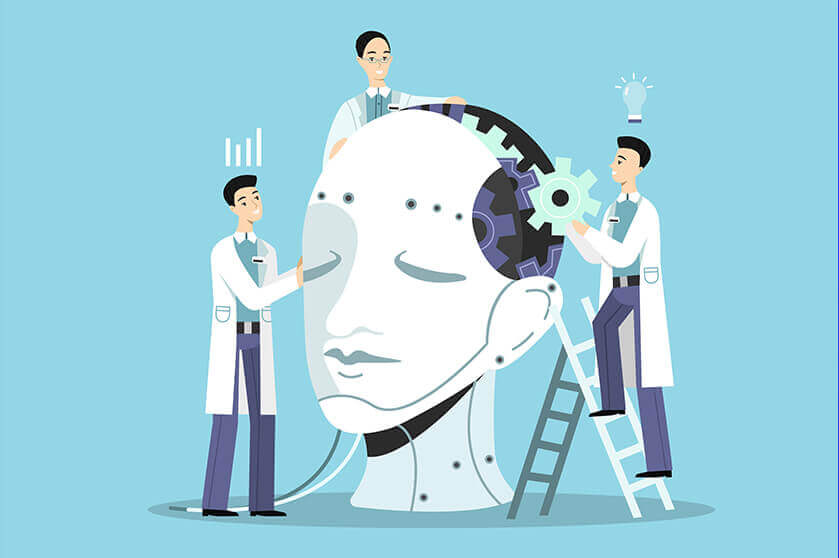 Facebook, YouTube, and other social media platforms have been scrutinized due to their insanity of privacy and misinformation and their impact on the mental well-being of their members. These issues will not disappear in the world of metaphysics however, they'll likely unfold differently. Employing tens of thousands of moderators might not be the best way to stop the harassment and hate that can occur in real-time situations, and the spatial information collected by headsets that survey homes of residents bring up all kinds of privacy concerns. Becoming aware of these issues right from the start is essential for the industry insiders as well as regulators.

Who will be paying for it, and what will the cost be? The majority of the consumer internet is built on advertising, and there's an enviable amount of subscription revenue to top it all off. These same models might work on the other side of the universe. There could be the return of transaction-based business models, possibly even driven by decentralized finance. The business models that will be used for the services of the future will have a significant impact on companies that are attempting to establish the metaverse however, they will ultimately determine who can be part of these new worlds which could include small-scale businesses as well as ordinary people.

What is the metaverse's purpose technically?

The core infrastructure of the metaverse functions as a public service, which means that no firm is the owner of it. It's instead owned by the entire population contributing to its creation. Since we all invest in the structure and services that make up the universe, it'll become more efficient and more effective.

The metaverse is still just starting to take shape There are two major ways it is already distinct from the platform-based internet:

Portability. Content isn't able to be isolated in the metaverse. For instance, when you upload an image to Foundation the site, you're using your wallet, so you are able to transfer it to another app when you'd like, and Foundation isn't able to modify it, or delete it.

Decentralized nodes. Over 11,000 nodes are running the Ethereum network across the globe and you're not relying on the same server or organization to provide the services you require. (To observe the process in action, take a look at this page. Ethereum Node Tracker right here.)

Although no one regulates the blockchain on a layer of the protocol, some methods could be moderated at the level of the application. One of the most prominent examples of this kind of moderation is the application of models of governance based on consensus where users are able to make proposals which communities then decide together how the app will evolve in the future. These protocols are censor-proof and prevent governments from preventing freedom of speech, but moderating the application layer is vital to ensure users have safe places for users to communicate with one another.

What are the implications of crypto as part of the metaverse? 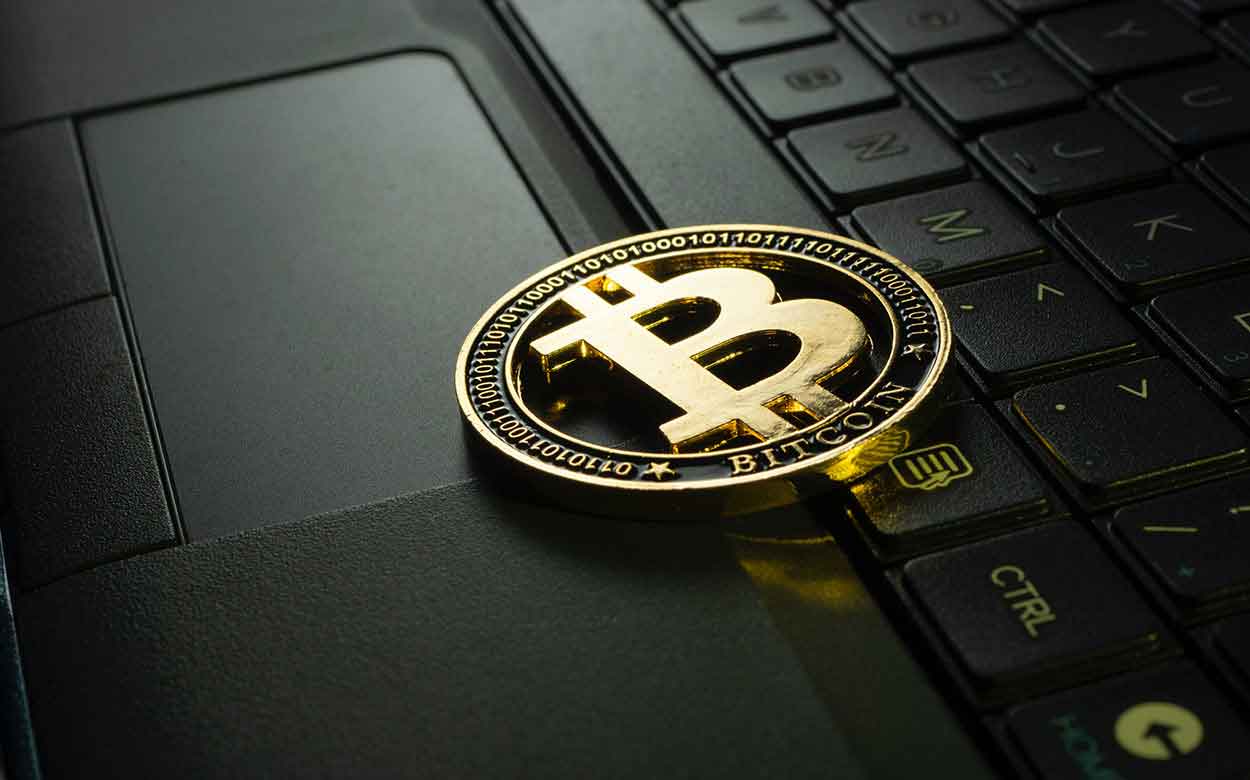 Before blockchain and cryptocurrency existed and blockchains were invented, social media sites such as Second Life were the best examples of a metaverse-like realm. Yet, Second Life was not the true metaverse since the entire value it created was held in its central servers.

Imagine you could grab your possessions of Second Life and carry them with you while traveling to various destinations within the metaverse. Due to blockchain's capability to serve as a universal language authenticating the provenance of digital objects and authenticity, crypto makes this feasible. Ethereum, digital tokens, and blockchains were missing pieces of the metaverse puzzle due to their focus on decentralization.

The metaverse coming to truly exist?

There are active nodes across the globe and the metaverse's growth is in full swing. As this new realm is beginning to be seen, everyone who wants to establish the rules, establish precedents and help shape the future of the metaverse can and should participate.

Whatever the case, whether the creation of the metaverse takes one or many years the fact is that immersive technology will play a significant part in bringing it to the forefront of popularity. This is why the contest against Meta, Apple, Snap, Microsoft, and others to develop AR glasses will be so crucial. If the winner isn't successful, they might not be the winner in the metaverse however, they will certainly enjoy a huge home-team advantage.