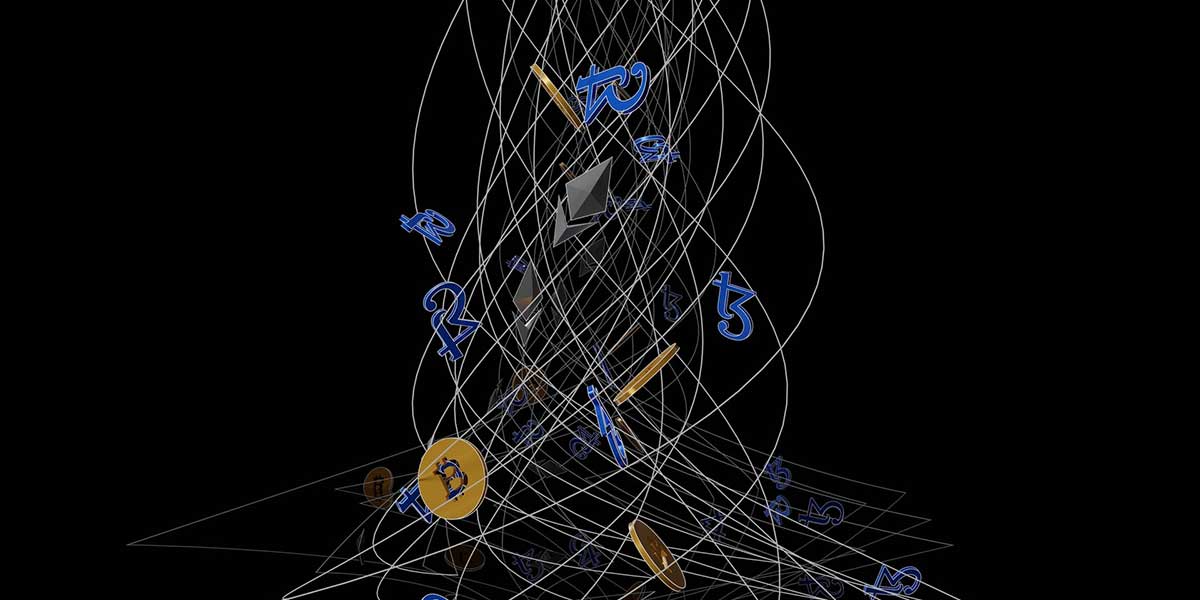 Cybersecurity refers to the protection of networks and systems from cyberattacks that aim to gain, modify, or destroy sensitive information or extort money. It is becoming increasingly important to strengthen security measures to protect digital transactions and data. Cyberattacks can use various malware, such as rootkits, Trojans, and viruses. Phishing, Man-in-the-middle (MITM), Distributed Denial of Service (DDoS), SQL injection, and Ransomware attacks are all common cyberattacks.

Our many accounts are spread across the internet and protected only with weak passwords, and there are many real-life application examples. These include bank accounts, passport information, social security numbers, birth records, and health records. Security protocols have fallen apart in the information age explosion that has seen online data become more accessible than ever. This can lead to our most sensitive information being exposed to criminals. It is now more important than ever to find a trustworthy cybersecurity protocol.

All industries are embracing new technology that promises improved online safety. Blockchain for cybersecurity is the leader.

Here are some key cybersecurity features:

3. Evaluate the risks and threats.

8. Firewalls are implemented and use Intrusion Detection and Prevention Systems (IPS) and IDS.

A blockchain is an open, decentralized digital ledger that records transactions as blocks. Because of its immutability property and limited access to authorized members, this ledger allows transparent storage.

The Key Features of Blockchain:

9. Transparency and traceability in transactions also means there is no need to involve trusted third parties or central authority.

Blockchain-based storage solutions allow for the decentralized storage and protection of digital information, despite the ever-increasing amount of data being generated.

DDoS attacks are a popular cyberattack that targets the Internet to disrupt services and generate an excessive amount of traffic. These attacks can be mitigated by the blockchain's immutability and cryptographic properties.

DNS security: The Domain Name System (DNS) is similar to a public directory that links domain names with their IP addresses. Hackers have attempted to hack into the DNS, crashing websites and exploiting these links over time. The DNS can be stored with increased security due to the blockchain's immutability and decentralized system.

The CIA triad model is used in cybersecurity to evaluate the security model of an organization. The triad is made up of

The blockchain allows us to ensure that all of these policies are met:

Confidentiality: is the ability to restrict access to data only to authorised and interested parties. The full encryption of blockchain solution data means that it will be inaccessible to untrusted parties even though it flows through untrusted networks. Access controls and security measures should be implemented at the application level to protect the network from attacks. Blockchain provides advanced security controls through the use of public key infrastructure to authenticate and encrypt communication. Backup storage of private keys in secondary storage is a risky option. This can be prevented by using key management protocols such as IETF and RFC, or cryptographic algorithms based upon integer factorization problems.

Integrity: Blockchains have the inherent characteristics of immutability, traceability, and integrity that help organisations maintain data integrity. Organizations can also use consensus model protocols to create mechanisms that prevent and control ledger splits in the event of a 51% attack on cyber security. With every iteration of Blockchain, the previous state is saved, providing a complete history log. Smart contracts are used to enforce and verify rules between parties, preventing miners from mining blocks of data.

Cyberattacks: Attempts to disrupt technology service availability have been on the rise in recent years. DDoS attacks are the most popular type of attack. DDoS attacks on blockchain-based systems are expensive because the attacker attempts to overpower the network by executing a large number of small transactions. The possibility of IP-based DDoS attacks disrupting normal operations is decreased by the fact that blockchains don't have a single point of failure. The data is available at all times through multiple nodes, so full copies can be accessed at any time. The resilience of platforms and systems is due to the combination of distributed operations and multiple nodes.

Blockchain: The New Weapon in Cybersecurity

Cybercrime is both dangerous and expensive. It costs businesses and individuals an estimated $500 billion annually. Our security protocols cannot keep up with these clever and persistent attacks, even though they seem so easy (e.g., a phishing message to a credentialed employee could expose millions of data points).

Blockchain is a Distributed Ledger Technology (DLT) that aims to create trust in an untrusting environment, making it a potential strong cybersecurity technology.

Although the ledger system is not decentralized, all information is accessible to specific members. Any transactional data encrypted onto the blockchain can be viewed, recorded, passed along, and viewed by all members (or nodes).

This creates trust and maintains high levels of data integrity. The distributed nature of blockchain means that there is no point of failure or entry that can be hacked to expose entire data sets.

Take a deeper dive into blockchain with our extensive resources.

Blockchain's unique features can be a boon to the cybersecurity industry. They create an almost impenetrable barrier between hackers and your data.

Transparent ledgers allow for password-free access. The ledger uses biometrics such as fingerprints and retina scans to create an uncrackable single source of access to any private data. The decentralized storage system ensures that every block only contains a small piece of information to complete a larger puzzle. This limits hackable data to virtually nothing. Finally, the public record system of blockchain gives each node insight into data manipulations, which exposes potential cybercrime attempts in real-time.

We have many industries that use blockchain in cybersecurity

The blockchain was first implemented to power Bitcoin's operational network. Today, it is used in over 1,000 cryptocurrencies. DLT protects cryptographic integrity through encryption and public information sharing.

Individuals can track the origin of currency transfers to verify that cryptocurrency purchases are legal. The ability to control the number of cryptocurrencies created and maintain value is possible through encryption.

These four companies use blockchain to protect cryptocurrency trading.

Coinbase is entirely encrypted. To ensure your cryptographic security, Coinbase stores passwords and wallets in a secure database.

Impact on the industry: Coinbase is used by more than 20 million people. The company has already processed over $150 billion in trades.

The pros and cons of using blockchain in cybersecurity

2. Transparency and traceability of data: All transactions are tracked and a history is kept. Transparency is maintained by digitally signing transaction data by Blockchain network members.

4. There are no single points of failure: Blockchain systems can be decentralized, so a single node failure won't impact the entire network. Due to multiple copies of ledgers, DDoS attacks are not possible. This advantage is not possible with private blockchains.

Cybersecurity: The Cons and Negatives of Blockchain

1. Reliance on the private key: Blockchains heavily rely on private keys to encrypt data. However, these keys cannot be recovered once they are lost. This could result in losing all access to encrypted data.

2. Adaptability and scalability Challenges: Because blockchain networks have a predetermined block volume and limit transactions per second, it is important to verify the network's scalability. Companies may have difficulties integrating Blockchain technology because it requires the complete replacement of existing systems.

4. Insufficient governance: Blockchain concepts have not been regulated internationally yet. To maintain the governance of blockchain applications, regulations and frameworks must be created.

5. Blockchain Literacy: Understanding Blockchain technology requires an in-depth knowledge of programming languages and other tools. Despite the many applications of blockchain in cybersecurity, not enough blockchain developers are available today.

1. Here are some examples of blockchain being used in cybersecurity:

2. Barclays (London, England), Traditional Banking: Barclays has filed a patent for blockchain to increase security in fund transfers. The patent aims to stabilize cryptocurrency transactions by using Distributed Ledger Technology. The bank can store customer data on the blockchain to protect their banking information.

4.Coinbase, San Francisco, California cryptocurrencies Coinbase uses encryption to protect passwords and wallets. To ensure the security of its cryptography, it also conducts background checks on all employees.

5. Australian Government (Canberra Australia): Australia's government plans to create a DLT-based cybersecurity network. IBM has also partnered with the government to ensure the security of government documents and the creation of a blockchain ecosystem.

8. Founders Bank, Valletta, Malta, Cryptocurrencies. They are the first global decentralized bank and will be owned by their customers, not any central authority. Cryptocurrencies will be stored and secured using concepts such as encryption or distributed ledgers.

9. The Government of the State of Colorado (Denver, Colorado): to a Senate bill, the government will look into blockchain for record storage to reduce attempted attacks.

11. Health Linkages, Mountain View, California: They plan to use Blockchain to secure patient records and allow only certain staff to have access to them. It will also be used for maintaining a chronology of major healthcare events, which will aid doctors in making better decisions.

1. These are the key questions to ask when designing a blockchain solution:

2. What governance model is used for members of participating organizations?

3. What data will each block contain?

4. What regulatory requirements are relevant and how can they all be met?

5. How do you manage the ID details? Are block payloads encrypted? How can the keys be managed and revoked?

6. What is the disaster recovery plan of the participants in the blockchain?

7. What is the minimum-security level for participants in blockchain-based clients?

8. What logic is used to resolve blockchain block collisions?

Make sure your private blockchain is deployed on a reliable and secure infrastructure. Bad underlying technology choices can result in data security risks due to their vulnerability.

To implement a blockchain security model, administrators must create a risk model that addresses all business, governance, and process risks. The next step is to evaluate the risks associated with the blockchain solution and develop a threat model. Administrators must then create security controls to mitigate risks and threats using the three categories below:

Blockchain security controls must be enforced.

Security controls should be applied.

Blockchain business controls must be enforced

Blockchain is a revolutionary technology in cybersecurity for the digital age and will ensure that cybersecurity CIA triads are being observed. However, the complexity of its implementation could cause some problems when applied. But you don’t need to worry, contact us and know more.