How to Develop and Deploy an Avalanche Smart Contract

A first look at deploying smart contracts on Avalanche! 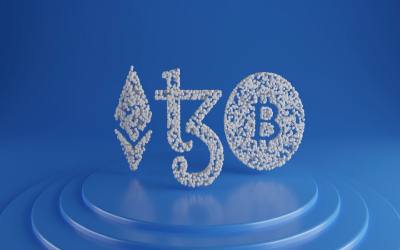 Avalanche (AVAX), a blockchain platform that uses cryptocurrency, has earned a reputation for being a competitor to Ethereum (ETH). AVAX, the main utility token that smart contracts and projects use, is the cryptocurrency used in the Avalanche blockchain. AVAX CChain supports Ethereum Virtual Machines (EVM) and allows it to support a variety DApps from Ethereum.

AVAX is preferred by certain DeFi users to other Layer-1s platforms like Ethereum because of its advanced and user-friendly features. Its EVM compatibility feature has been a key part of growing its community base. Avalanche also uses a proof of stake (PoS), consensus mechanism. Users can create layer 1 and 2 blockchains, which are known as subnetworks, or subnetworks. Avax tokens can be used to make validators.

How Does Avalanche Work?

Ava Labs launched Avalanche in 2020. Ava Labs claims it is a "world-class group of experts in computer science and economics as well as finance and law." The team is located in New York City and Miami and includes notable blockchain, tech, and finance companies such as Consensys, Morgan Stanley, and Google. Emin Gun Sier is the founder and CEO of Ava Labs. He was previously an associate professor at Cornell University. John Wu is the President and Kevin Sekniqi is the COO.

Check out our deep dive into Avalanche written by Emin Gun Sirer.

Avalanche is aiming to be the fastest blockchain in the world. The blockchain platform has an impressive team, a passionate community, and a dedicated team at the back end.

Three blockchains are used because they aim to be the fastest platform in this industry. Instead of overloading one blockchain as with other crypto platforms, all data and responsibilities are shared among the three blockchains. This helps ensure the platform's dexterity. These traits are managed by the blockchain trio:

The C-chain can also be used with the Ethereum Virtual machine. This makes it possible to use Avalanche to create Ethereum smart contracts.

This feature allows the community to take advantage of all features provided by Avalanche's developer access to deploy Ethereum smart contract. This feature also uses the same Ethereum developer tools as before. Avalanche can also attract liquidity from Ethereum DeFi protocols. The total value of Ethereum increased by 5.3X since the beginning of 2021, while Avalanche saw an amazing 2200X increase.

Anyone can create and deploy an L1 or L2 Blockchain using the Avalanche platform chain. The platform can also help users create a group of them (also known as Avalanche Subnets). The default subnet is the P-chain, which is the most common among all the subnets.

How To Buy AVAX?

As they support the token trading pair, AVAX tokens are available for purchase on most major crypto exchanges. Once you have found the right platform, you can create an account online and connect your wallet to buy or store tokens. Because currencies are more susceptible to being hacked than wallets, it is recommended that you store your tokens in either an electronic or a physical wallet.

Once you have established your wallet connection successfully, it is time to move on to the next step: purchasing the token. It is simple to place an order. You just need to choose between a limit or a market order. A market order allows you to purchase the token at market prices, while limit orders allow you to purchase tokens at a specific price. Limit orders can be canceled anytime before they reach completion.

How to create and deploy avalanche intelligent contracts

This technical tutorial will show you how to Avalanche Create and deploy smart contracts on the blockchain. Also, make use of Data Feeds Avalanche Market data on hybrid smart contract connected chains.

Chainlink Price Feeds Available in Avalanche. Developers can Avalanche Chain complete native speeds and low-cost data. Chainlink A decentralized network composed of node operators aggregates data into a single point. This ensures the accuracy and coverage of market data. This data is essential for the development of emerging blockchains. Developers are increasingly interested in learning how to create and deploy Avalanche Intelligent contracts.

Avalanche not only integrates Chainlink Price Feeds but also recently released Avalanche Rush. This is facing Avalanche. The value of eco-developers is 1.8 A billion dollars incentive mechanism Developers also have a huge opportunity. Learn how Avalanche Top deployment, is a decentralized application. This article explains how to create and deploy an access network Chainlink. Avalanche compatible EVM means that developers can use any standard Ethereum tools. An example of a Remix frame is shown in this paper. This is a browser-based Solidity IDE.

First, Import the required Chainlink The contract needed to feed the price "AggregatorV3Interface.sol", contains an interface to get data from the aggregated decentralized feed. This interface requires that you know the feeding address. Hello, the price address is at Chainlink Avalanche Feeds Query. Here we are using AVAX/USD Hello, address, So just use this address to initialize the price feeding interface, Because this is the only parameter when creating a contract, As follows: "priceFeed = AggregatorV3Interface(0x5498BB86BC934c8D34FDA08E81D444153d0D06aD)".

It is easy to deploy code. Click on the Remix Of Compiler tab. Next, click Compile AvaxLinkFeeds.sol. Then, click the Next to Deploy tab. The above settings can be set as "Custom RPC" and added to MetaMask in the network.

Then, Sign in to https://faucet.avax-test.network/ Get a free test network AVAX, For deploying contracts. Here are more details about the setup process

Now? Now? Select AvaxLinkFeeds Contract, click the Deploy key, and the contract will be deployed to the test network. This will release your contract to Avalanche Blockchain. You can also pass Chainlink Access external data at any time Chainlink.

You can use the get latest price method to get the precise price of $8 decimal places AVAX/USD. Feed the price, and the value will be returned as $51.54.

You're done! These are the three steps that will allow you to connect your smart contract with Chainlink's High-quality feed price data.

What is the Avalanche Ecosystem?

DeFi encompasses many different areas, including the 58 apps that are listed under DeFi in the Avalanche Ecosystem. These apps are part of existing solutions and homegrown applications on the platform.

Benqi is listed as one of the most popular projects on the network. It is both a decentralized lending protocol and a non-custodial borrowing platform. Benqi provides its users with the basic functionality of a bank system. This means that borrowing and lending of digital assets are fully functional and possible with interest. It removes several restrictions from the operation of virtual machines.

Trader Joe's (JOE) is a one-stop shop for Avalanche decentralized trading. It is gaining popularity with traders and currently has a TVL of 1.13 billion dollars.

JOE is a trading platform that offers a single-stop shop for trading. It has also expanded into lending through the Banker Joe service. JOE could eventually become an end-to–end DeFi provider.

The tokenomics for Trader Joe, unlike Pangolin are more traditional. 40% of the income goes to developers and the Treasury, with 10% going to their strategic investors. Half of the rewards go to the JOE token holders who share the trading fees.

Chainlink Development and sales of services for Oracle. It can connect smart contracts to any other network API. And it can safely unfold the calculation under a chain. Realize rich functions and applications.